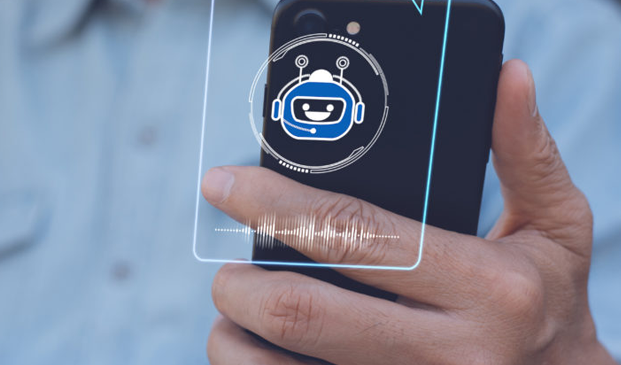 Chatbot companies have increased operations in Latin America, a market where this technology still has little penetration compared to regions where it exploded four years ago, such as the United States and Europe. Although there was already a growing movement to automate customer service by Latin American companies, this was accelerated by the forced digitization brought about by the pandemic of COVID-19. To understand how, exactly, this has been happening, LABS talked to the Argentine Botmaker and the Brazilian Alana AI, startups that want to automate large companies’ relationship with their consumers and that recently announced expansion plans.

Large companies have increasingly targeted the customer service market. Last Monday, Facebook announced the acquisition of the startup Kustomer to speed up its plans in e-commerce. The Wall Street Journal reported that the transaction valued the startup at about $1 billion. If the value is high, it is because the business generates revenue.

To LABS, Marcel Jientara, CEO at Alana AI, explained that the company intends to generate $3 million in sales to its Latin American customers in the next 12 months. He also said that the startup’s revenue had tripled this year. “We closed last year with BRL 3.2 million in sales, and this year we will reach BRL 10 million. In 2021, the expectation is to reach BRL 25 million (BRL 15 million in Hispanic Latin America and BRL 10 million in Brazil),” explained Jientara.

Botmaker’s CEO in Brazil, Julio Zaguini, said that the company does not disclose its revenue numbers, but stressed that the startup’s goal is to grow three times this year, also in 2021 and then again in 2022. For this year, he said, that the goal has been “more than achieved”.

Zaguini also pointed out that Botmaker raised a round of investments with Valor Capital Group last year rather because of the fund’s influence in the market than due to the need for money since the company has been profitable since 2017.

Both CEOs said the COVID-19 pandemic forced companies’ digital transformation, benefiting chatbot startups that operate on the SaaS model. With remote implementation, the platforms allowed companies that physically closed their doors to open digital paths through consumer interaction software. According to them, automated solutions are cheaper than the operating cost of a marketing and customer service team.

The company announced Zaguini, a former Google business and agency director and marketing director for Carrefour, as the new CEO for Brazil in September. His mission is to make Brazil a model to accelerate the company’s expansion in Latin America.”We have commercial operations in 5 countries, but the product is already present in more than 35. The platform embodies Artificial Intelligence, elements of machine learning, and has the ability to express itself naturally,” he says.

Botmaker’s focus is on large companies. With more than 3,000 B2B customers worldwide, Botmaker serves Samsung, McDonald’s, and B2W in Brazil, Mercado Libre and Santander in Argentina, and Telefônica and Intel in Peru.

Alana AI, founded in Brazil in 2015, announced the expansion to Latin America in recent days. The company, which already operates in the United Kingdom, the United States, and Brazil, has also arrived in Mexico and Puerto Rico. Its operations in Argentina started this month, and Colombia is likely to be the startup’s next market. Alana AI has 60 large customers such as Coca-Cola, Polishop, ESPN, Nivea, and Diageo Latin America, which controls the Johnnie Walker brand in Brazil, Paraguay, and Uruguay.

Juan Pablo, HR director at Nivea told LABS that “Manu” is Nivea’s first experience with chatbots. The service has been launched recently and, so far, the assessment is positive, as “she” has helped the team by answering the most frequently questions made by customers. “It was precisely this that motivated the Human Resources area to choose a virtual assistant, the support to clarify the most common doubts. We believe that the chatbot arrival is a way of enhancing agility and care with our consumer,” he said.

Jientara said that to meet each market’s specific demands, taking into account the economic recession caused by the pandemic, Alana AI offers flexible payment and credit options to customers.

“In any market where we operate, facing a complex economic situation is indeed a concern of ours,” adds Zaguini, stressing that Argentina’s revenue, for example, is diluted among 35 other countries where the startup operates.

We already have a global operation. The dollar in Brazil worries us? Of course. Are we going to stop operating in Brazil and Argentina? Of course not.

For Alana AI, the idea of diversifying its presence in different countries goes beyond the financial return of the operation in that market. “We believe that our solution has to be more widespread, with more people using it. It is essential to be in countries where revenue is not the main point, but how much we are going to learn locally,” he says, stressing that he recently saw Alana AI’s solution respond in Spanish with slang from Paraguay. “It’s a small market, but it works well for the end consumer, so that he has quality answers. It’s worth it”.

For Botmaker, language is not a problem either. According to Zaguini, even though the bot speaks Spanish, Portuguese and English, a recent expansion allows simultaneous translation for users who do not speak the robot’s language. “Today we have more than 70 employees, more than half of whom are engineers. Our path is technology and we are hiring people from anywhere on the planet. It is a great opportunity to increase diversity. We are delighted with that.”